The Institute for Catastrophic Loss Reduction began operations in Toronto in autumn 1998 as an independent, not-for-profit research institute. Letters Patent were received in July 1999 and the Institute was incorporated in September 1999 under the Canada Corporations Act. Also in 1999 ICLR established a formal partnership with Western University (nee the University of Western Ontario), opening an office on campus in September 1999.

Oversight of the Institute is the responsibility of a Board of Directors. The Board includes up to nine members – between three and five members elected by members of the Institute; between one and three members appointed by the President of the University of Western Ontario; and the Executive Director. Directors are elected annually at the annual meeting of members.

The Board sets the strategic direction of the Institute; prioritizes issues to be addressed; builds consensus among the membership; represents the interests of the industry; ensures that the operations of the Institute are effective and efficient and guided by the Institute’s mission; and, evaluates, on a regular basis, the performance of the Executive Director.

The Insurance Advisory Committee was established in late 2008 to provide a forum for ICLR’s senior researchers to work directly with leaders from the insurance industry. The Committee meets quarterly in Toronto or London. All of ICLR’s senior researchers attend Committee meetings, depending on the subject addressed. All ICLR member insurers are invited to send staff to Committee meetings and presently almost 8o percent chose to do so regularly. Most industry participation is from senior officials involved in underwriting or claims.

Committee members have chosen to focus each meeting on one topic. The initial topics addressed include urban earthquake hazards in Canada; water damage; severe wind; wildfire; and building codes. The Committee establishes specific action items that ICLR can address through research and communication.

Paul Kovacs is founder and Executive Director of the Institute for Catastrophic Loss Reduction at Western University.

Since 1996 Paul has been a contributing author to the Intergovernmental Panel on Climate Change (IPCC), the world’s leading forum for the study of climate issues. The Panel won the 2007 Nobel Peace Prize “for their efforts to build up and disseminate greater knowledge about man-made climate change”. He is Canada’s leading authority on insurance and climate change and has been a contributing author to numerous international and Canadian reports on reducing the risk of loss from earthquakes, flood and severe wind.

For more than thirty-five years Paul has been a popular commentator on insurance, disaster safety and economic policy. He has written more than 200 publications and articles and he is a passionate champion for insurance, disaster resilience and adaptation to climate extremes. Paul has worked in private industry, the public sector and academia. He is Co-Chair of the Infrastructure and Housing Working Group of Canada’s Adaptation Platform. He is Co-Chair of the Science and Technology Working Group of Canada’s Platform on Disaster Risk Reduction. Paul is also a member of a number of Boards and Advisory Panels. He is a proud husband and father, with a growing collection of bow ties. 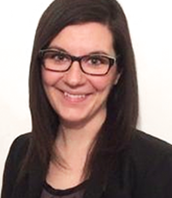 Sophie is the Manager of Partnership Development at ICLR. In this role, she has contributed to the growth of the organization’s research and partnership portfolio to ensure the continuous impact of the Institute’s cutting edge disaster risk reduction research. She has designed, implemented, and lead several research and partnership programs to strengthen the research agenda of the Institute, including ICLR’s Cities Adapt Program, the Community of Practice on Climate Risks for Coastal Communities and ICLR’s Quick Response Program.

Sophie has developed strong expertise in municipal adaptation to climate change including the publication of 100 case studies describing communities successfully adapting to extreme weather events. In addition, she is currently managing the ICLR Resilience in Recovery program, which is designed to support Canadian municipalities in their effort to rebuild stronger homes following extreme weather events. Her ability to connect and communicate in English and French with stakeholders across the country has allowed her to showcase ICLR’s work to various groups nationwide.

Sophie holds degrees in architecture (B.Arch & M.Arch) from Laval University as well as a graduate degree (M.Sc.) in disaster management from Tulane University. She has been with ICLR since 2013. 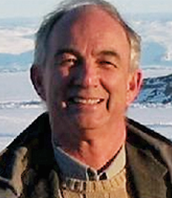 Professor Gordon McBean is President of the International Council for Science (2014-18) and Co-Chair (2016-18) Governing Council for Future Earth. He was Professor at Western University (2000-2015); Assistant Deputy Minister, Environment Canada (1994-2000) responsible for weather, climate and air quality sciences and services; Professor, Atmospheric-Oceanic Sciences, University of British Columbia (1988-94); and Senior Scientist in Environment Canada. Dr. McBean has been very active in international and national programs, projects and assessments. Some examples are:

He was a lead investigator in ArcticNet (2004-11) and now in MEOPAR (2011- ). His recent research includes: Integrated Strategies for Risk Reduction (SSHRC); Coastal Cities at Risk (IDRC); and Knowledge Synthesis Grant on climate change as a security issue.

He received his B.Sc. in Physics and Ph.D. in Oceanography from the University of British Columbia (UBC), and also holds a M.Sc. in Meteorology from McGill University. He was a scientist at Environment Canada from 1970 to 1988 when appointed Professor and Chair of the Atmospheric Science Program at UBC. In 1992, he was appointed Head of the Department of Oceanography. From 1994 to 2000, he was Assistant Deputy Minister responsible for the Meteorological Service of Environment Canada.

He has received the Patterson Medal for distinguish contributions to meteorology by a Canadian and is a Fellow of the Royal Society of Canada, the Canadian Meteorological and Oceanographic Society, and the American Meteorological Society. 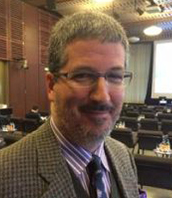 Glenn McGillivray is Managing Director of the Institute for Catastrophic Loss Reduction. Prior to joining ICLR, he served as Assistant Vice President of Corporate Communication for Swiss Reinsurance Company Canada and was Corporate Secretary for three Swiss Re operations in the country. He is also an Adjunct Professor in the Graduate Program at York University’s Emergency and Disaster Management program.

He began his insurance career at Toronto-based The Personal Insurance Company of Canada and went on to work for a major Canadian corporate law firm before joining Swiss Re in 1994 and the ICLR in November 2005.

As a writer and commentator on issues related to insurance, reinsurance, disaster risk reduction and climate change adaptation, his work has been widely disseminated across Canada. Glenn has written more than 265 magazine and journal articles, newspaper essays, publications and blogposts on a range of issues for Canadian Underwriter, Canadian Insurance, Municipal World, Disaster Management Canada, Canadian Consulting Engineer, The Lawyers Weekly, The Conversation, National Observer, and The Globe and Mail, as well as for the International Journal of Insurance Law and the Journal of Environmental Studies and Sciences. He has appeared on CBC’s The National and The Exchange, CTV’s Your Morning and Power Play, TVO’s The Agenda, CP24, and CBC Radio’s The Current and Cross Country Checkup, as well as several other television and radio news and interview programs. Additionally, he speaks and lectures regularly on subjects related to the area of property and casualty insurance and reinsurance, natural disasters and climate change adaptation. 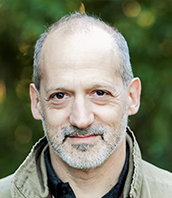 Dr. Keith Porter, PE, PhD is a professional engineer, principal of the Denver applied research firm SPA Risk, and adjunct professor at University of Colorado Boulder. His work has involved helping nations, communities, and corporations improve their disaster resilience. He led the Natural Hazard Mitigation Saves studies for FEMA and others that found that disaster mitigation avoids up to $13 in losses per $1 of cost. He led the USGS’ engineering research on four groundbreaking disaster planning scenarios: ShakeOut, ARkStorm, Tsunami, and HayWired. He led the safety assessment of San Francisco’s soft-story residential buildings for the Community Action Plan for Seismic Safety (CAPSS).

These projects make a difference. Thanks to ShakeOut, 1% of the world’s population annually prepares for earthquakes. LADWP is making its water transmission and distribution system far more resilient. And much of Los Angeles’ critical infrastructure and most dangerous buildings are being improved. Partly because of HayWired, water districts are better addressing risk from brittle pipe. California is considering code improvements that will make its new buildings substantially stronger, stiffer, and more likely to be functional immediately after an earthquake. Colorado is increasing its corps of trained post-disaster building safety evaluators. And thanks to CAPSS, 2,000 vulnerable woodframe buildings in San Francisco are being strengthened against an inevitable future earthquake. His doctoral research led the way for FEMA’s revolutionary performance-based seismic design guideline FEMA P-58, which has become the engineering profession’s new paradigm for performance-based engineering.

Dr. Porter regularly contributes to the engineering profession and to engineering scholarship. He is a fellow of the Structural Engineering Institute and of the American Society of Civil Engineers. He has written or co-authored 225 scholarly and professional works on natural-hazard risk management. He holds engineering degrees from UC Davis, UC Berkeley, and Stanford. Clients have included FEMA, OES, USGS, SCEC, CEA, Global 1000 corporations and insurance companies. 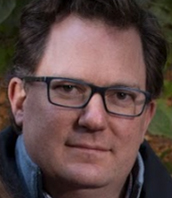 Dan Sandink is Director of Research at the Institute for Catastrophic Loss Reduction. Since joining ICLR, Dan has authored or co-authored more than 50 technical reports and articles on topics related to protecting Canadians and their property from the impacts of extreme rainfall/urban flooding, high wind, wildland-urban interface fire, and hail. Dan’s writing has also focused on public disaster risk perceptions, public adoption of household disaster risk reduction practices, the role of insurance in managing disasters, climate change adaptation and vulnerability assessment, building materials and products designed to mitigate disaster risk at the household level, among many other topics. 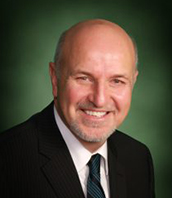 Slobodan P. Simonovic is globally recognized for his unique interdisciplinary research in Systems Analysis and the development of deterministic and stochastic simulation, optimization, multi criteria analysis, and other decision-making methodologies. His work  addresses challenging system of systems problems lying at the confluence of society, technology and the environment and has been applied with a sustainable development perspective in water resources management, hydrology, energy, climate change and public infrastructure. His main contributions include modelling risk and resilience of complex systems.

Professor Simonovic has influenced academia, industry and government via university teaching, publication of leading-edge research, mentoring of young people, delivering stimulating research seminars at institutions around the world, carrying out joint research projects, and consulting work. He has received awards for excellence in teaching, research and outreach.

Dr. Simonovic has published over 530 professional publications (over 220 in peer reviewed Journals) and three major textbooks. He has delivered over 260 keynote and invited talks and was inducted into the Canadian Academy of Engineering in June of 2013.